King Hungry the Ate lives in Marmaland castle, ruling over the capital. Kima also lives here, working as a royal chef to His Highness, making him a member of the King's court.

King Hungry likes to think of himself as a Dish Wizard. According to Kima: "Sometimes the King exaggerates. He always wanted to be a Dish Wizard, so one day he decided he would be one. He is the King, after all."

However, he is nothing of the sort. It was only because of Chase's interference that he was able to "summon" Fruit Turtle.

King Hungry is a jolly old fool, if cowardly and not always so bright. However, he makes a mean grilled cheese, and treats his royal chefs very well. Although it is not shown in the show, he has a tattoo in the manga. 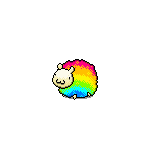